Yellowstone Volcano’s Steamboat Geyser, which is the world’s largest active geyser, has at points been spewing hot steam some 300 feet into the air since 2018. However, Steamboat runs at its own rhythm in the Norris Geyser Basin, unlike the likes of Old Faithful and Porkchop Geysers which are linked.

Geysers like Old Faithful and Steamboat erupt whenever water and steam get trapped in a tight spot deep below the geyser’s blowhole.

The mix of water and steam builds in pressure until it finds its way to the surface where a tall stream of scorching hot water blasts hundreds of feet in the sky.

However, why Steamboat runs at its own pace in the Norris Geyser Basin is a bit of an enigma, leading scientists to question whether it is an indication of a build-up of magma deep beneath the surface.

Yellowstone is packed with geological wonders, such as geysers, hot springs, mud pots, and geothermal pools.

The activity beneath the surface leads to ground deformation, where the surface rises and falls accordingly.

The Norris Geyser Basin has been undergoing deformation for 20 years, yet Steamboat is the only geyser which seems to respond to the sub-surface activity.

Steamboat has erupted 79 times (as of May 20) since late 2018, which according to the study published in the Journal of Geophysical Research: Solid Earth, corresponds with ground deformation.

Charles Wicks of the US Geological Survey (USGS) said: “Yellowstone’s roots seem to extend all the way to the core-mantle boundary. In that dimension, it’s a magmatic system of continental scale.”

“Yellowstone’s roots seem to extend all the way to the core-mantle boundary.” (Image: GETTY)

Mike Poland, scientist-in-charge of the USGS Yellowstone Volcano Observatory, added: “Why would just a single geyser respond to processes beneath Norris [Geyser Basin]? Wouldn’t that impact all the geysers?”

One explanation is that Steamboat has a more complex and deeper system which may be connected to the deepest chambers of Yellowstone.

However, the Yellowstone scientists state that more and continuous observations are needed to unravel the true mystery.

Mr Wicks said: “With only two episodes of observed deformation near Norris, the eruption frequency appears to respond to the surface deformation.

“Of course, that’s a very small sample size, so the apparent connection might be happenstance.

“Continuous monitoring of volatile flux rates are really needed to put the geophysical models in context.

“If surface inflation is caused by the accumulation of pressurized fluids and deflation occurs when those fluids escape to the surface, we might be able to detect changes in volatile flux over time.”

The Yellowstone supervolcano, located in the US state of Wyoming, last erupted on a major scale 640,000 years ago.

According to the USGS, the chances of a Yellowstone eruption is around one-in-730,000.

With 640,000 years having passed since the last major eruption, Yellowstone is edging closer to exploding – but it could still be thousands of years away. 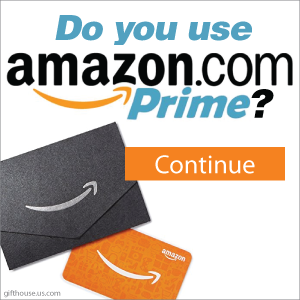